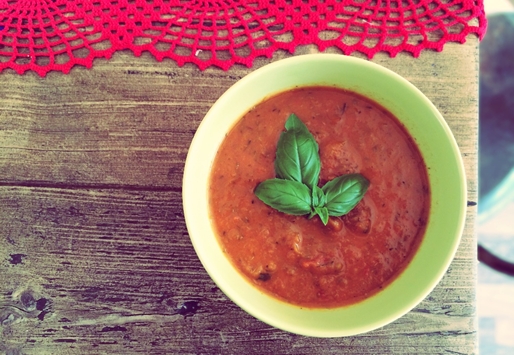 I had a bit of moment, I had to clean out the fridge. Like a woman possessed, I had to sort out ‘that veg’ and plan the meals for the week ahead. Nothing else mattered but getting that bottom drawer in order. Too late. Those veggies would just about last one more day – let alone a week. An interesting mix of veg, there was only one thing for it – soup. I roasted the veg first, it’s great for giving soup that extra depth of flavour. Use whatever veggies you have! My recipe went something like this:

1 Preheat the oven to 180′C, fan 160′C, gas 4. Divide all the prepared vegetables between two large baking trays with the rosemary. Drizzle with the oil, toss well and roast for 35-40 mins (remove lighter veg such as broccoli after 20 mins).

2 Remove the rosemary, then place all the veg in a large saucepan, pour over the beef stock and season with freshly ground black pepper. Bring to the boil, then reduce the heat, cover, and simmer for 10 mins.

3 Allow to cool slightly, then blitz with a hand blender until smooth. Re-heat to serve. Serve with a squeeze of lemon juice and a sprig of basil to garnish.